As all good things are enjoyed, somehow they must come to an end too. I'm definitely feeling the post-CNY blues. Will be starting work tomorrow, and I'm pretty sure, a load of work awaits on my desk.

Early Thursday morning, accompanied Papa to fetch Su En to the airport. She has to work on Friday, with her flight leaving at 11:40am. 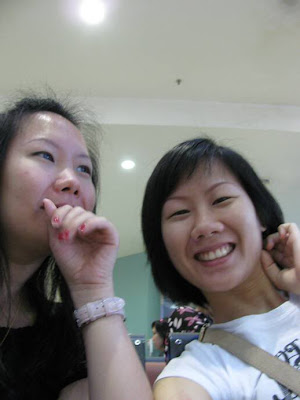 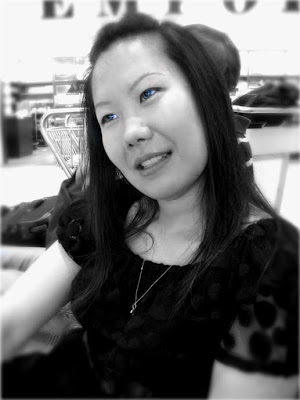 Took us a darn long time to look for Papa. Good news is that he is finally owning a handphone. Bad news is that, he is not carrying it out -__- Su En and I were both going around the airport, way after checking in. Finally just as we got tired and found ourselves seats did we saw him strolling towards us. When asked, he said he was sembang-ing with a friend.
-_-

Treated them to ice-cream from McD. 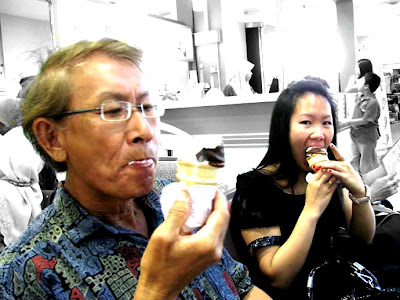 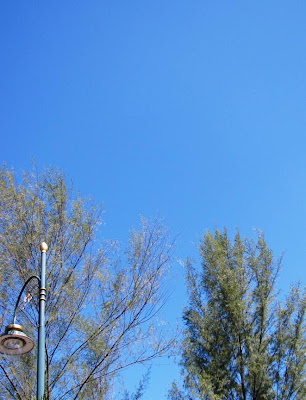 Felt very down after dropping Su En off, it's like a realization of the CNY coming to an end. Then coming back to Pickles who also looked down hehe. Poor little girl would have no one else to play with once I return to KL too. 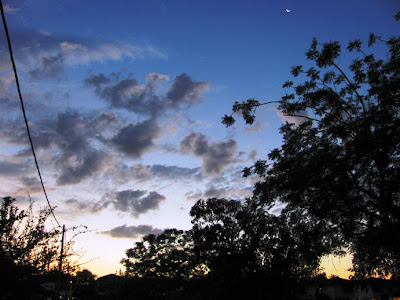 Dinner that night at Ah Ma's place. Tua Ee and Ah Ma outdid themselves again cooking dinner because Kelly will be joining us.

Consists mostly my favorite stuff too. 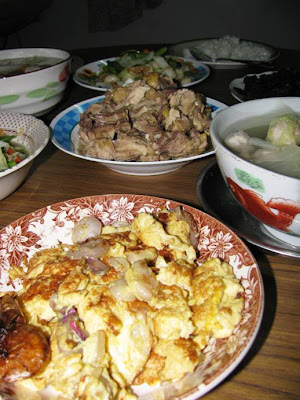 Omelette and salted chicken. Omelette would be Boy's favorite. He can hentam 5 eggs, even more sometimes. 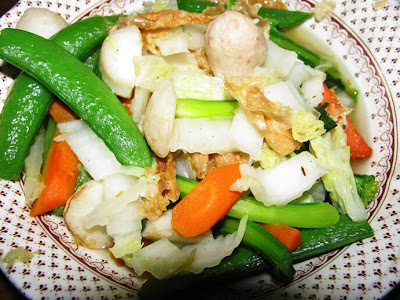 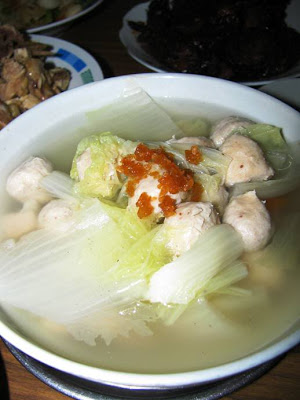 Cabbage soup with tu tor (pork belly). Pork belly a bit rubbery though but nevertheless loved it with my fave cili padi and soy sauce.

Kelly was down with a cold but it didn't occurred to me to get her another set of cutleries lol... so we shared every single bacteria -__- 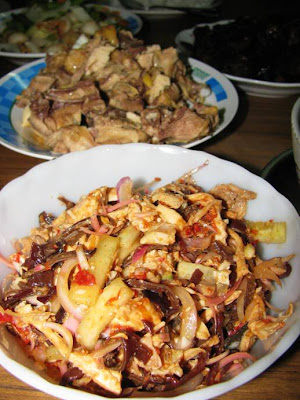 And kerabu!
It's the usual shredded mango, shallots, bunga kantan, and those black-ish stuff if I'm not mistaken is black fungus or something like that. 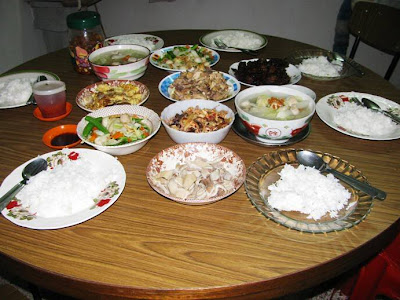 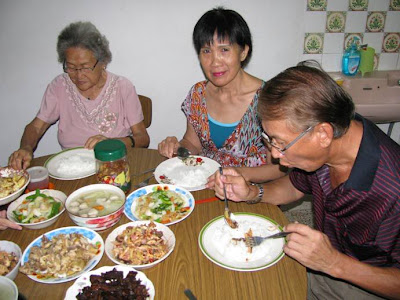 One of the last dinners for this CNY together :(

And one final picture of Pickles helping me to vacuum the kitchen after I accidentally dropped her doggie biscuits all over the floor. 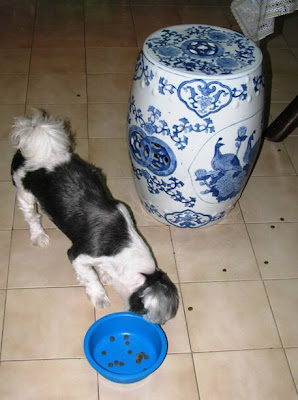