Got up really early, around 8:30am I think. Showered and changed into new clothes! Then had a bit of breakfast + white coffee and got ready for the lion dance to 'bu' the house.

Got ready meaning just had my camera on standby and well, the others are taken care by Mom & Dad already lor.

Goodies for the lion. The one that looks a bit like Pickles. 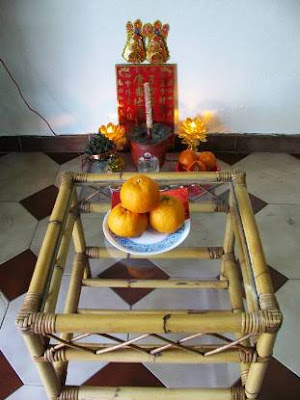 We also had this long firecracker. Damn scary wei. I only like them when there's a safe distance between me and them. 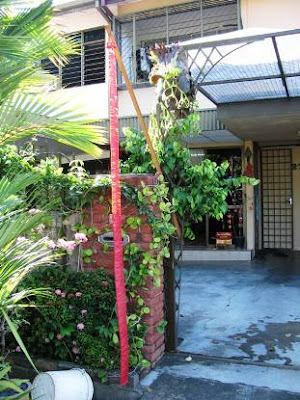 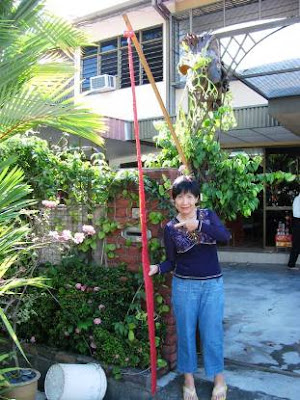 I damn suei on the early morning of CNY... After the light breakfast, my stomach wasn't feeling entirely its best. Like I need to clear more garbage out of the truck. After a few minutes' consideration (lion dance troupe already 2 doors away), I hasten to the dump.

I think you can pretty much guess what happened after that. I missed the firecrackers going off, and the troupe was already stepping into the house. 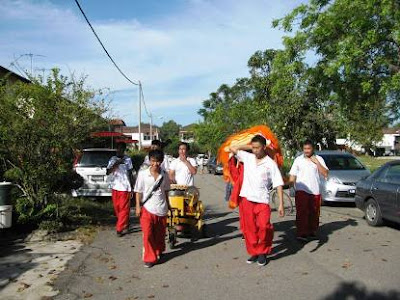 But Su En took over the camera and managed a few shots, not entirely great but will do lah. 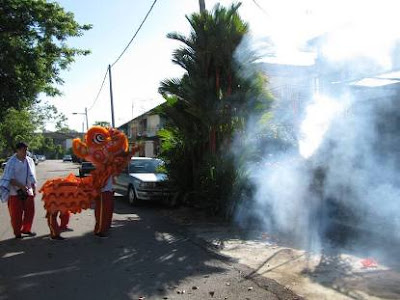 I can actually hear them from inside the loo in the room upstairs loh. Angry sial. :@ 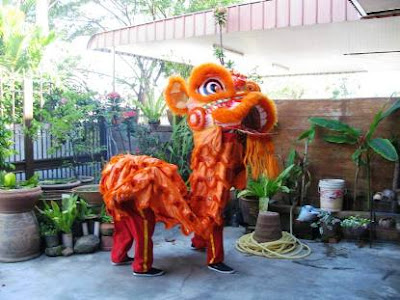 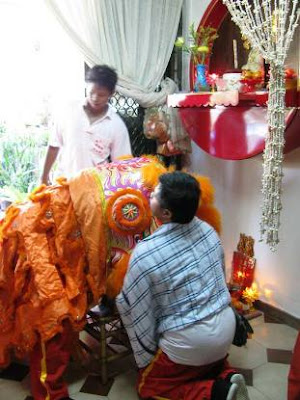 Ish this fler with the towel damn kacau. Somehow he keeps moving and blocking my camera. Lagila the towel so ugly made my pictures look uglier. 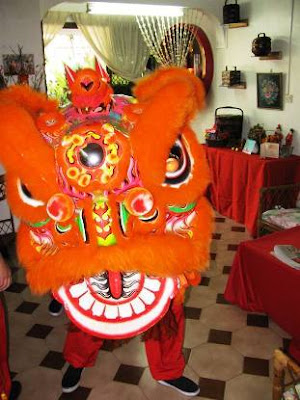 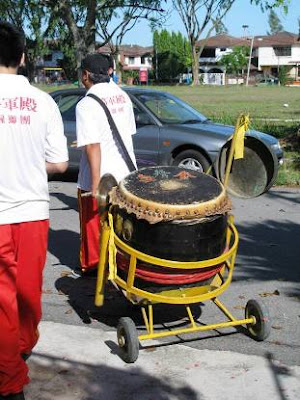 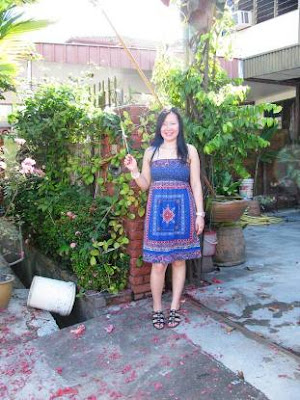 Su En spend nearly the whole morning changing in and out of a thousand dresses, each deemed not suitable or not comfortable. Last skali I become heroine and saved her with my dress... 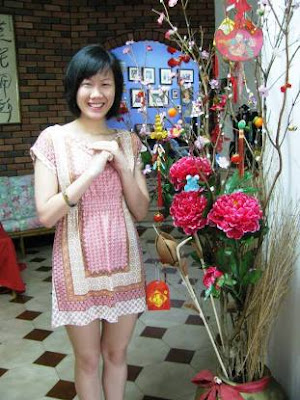 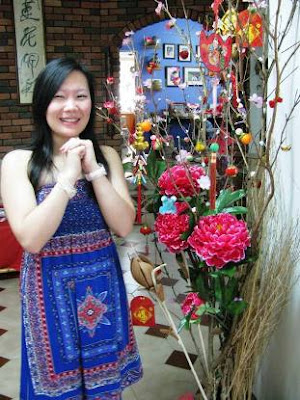 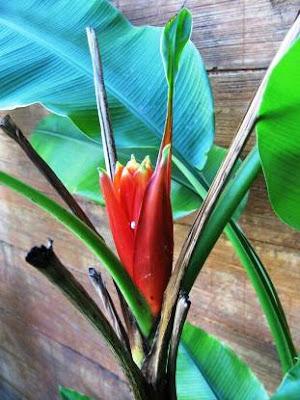 Soon after that, grabbed Pickles and dumped her off at Ah Ma's place since we would be spending the day traveling Ipoh/Kulim. I took the first shift (actually there was only 1.05 shifts. Papa handled the .05 when we were already in Ipoh and he maneuvered to Ah Em's house), drove for about 2 and a half hours I think, with me sticking to the speed limit throughout. Chuan. 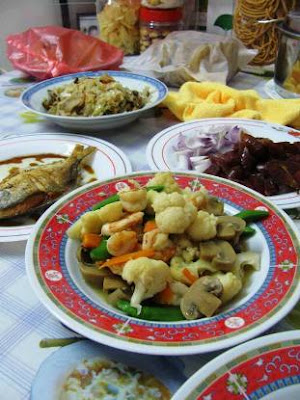 Pretty much the same stuff that Ah Ma cooked 2 days before CNY, when they went to pai-pai Ah Kong. 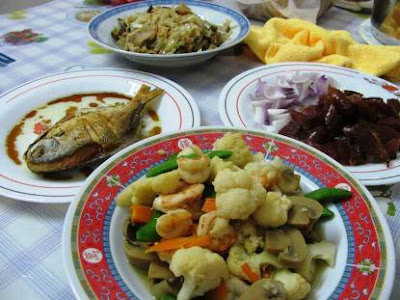 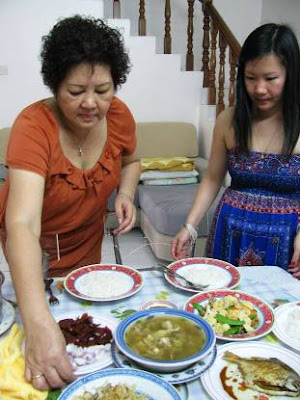 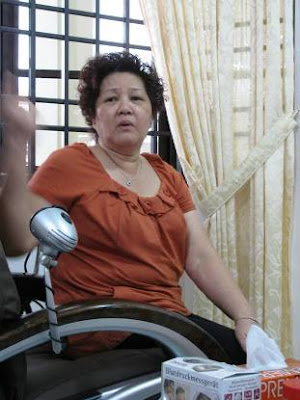 The heat was also seriously unbearable in Ipoh. All of us were literally melting off the couch... Soon after, showered at Ah Em's place, departed for Kulim around 4pm. The drive over took us slightly more than 2 hours, but we had difficulty in locating Sa Pek's new crib. Since it was getting late, we decided to head over to Ah Kou's place instead.

Hehe... more yummy food pics. I would have taken individual shots of each dishes but I think I would faint from hunger so might as well hentam 1 shot all in. 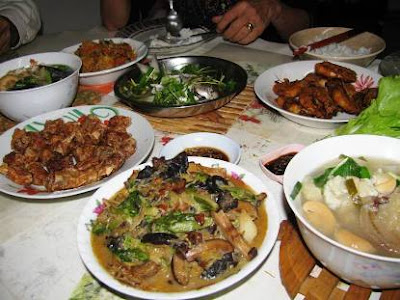 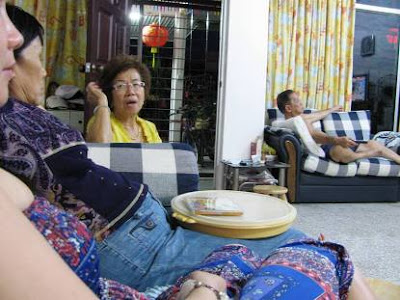 I think it's been, probably 3-4 years that I've been told we no longer need to travel over to Ipoh/Kulim but somehow it just happens.... Each time I would be unwilling to visit my relatives, but each time that I was somehow talked to do so, I don't regret it.

They are after all ka ki nang ma ;)